When you book with an account, you will be able to track your payment status, track the confirmation and you can also rate the tour after you finished the tour.
Sign Up
575

A privately hosted tour, suitable for groups of up to 7 passengers per vehicle travels through the North Coast visiting the different key areas from the Game of Thrones TV Show in comfortable executive vehicles with onboard amenities. The Game of Thrones TV Series is now regarded to as the largest TV Series worldwide! The filming locations are to be preserved as famous filming sets with their own Game of Thrones boards to bring you back to the very episodes they were used in.

This tour is a fully guided tour lasting 5-6 hours travelling the North Antrim Coast to the locations where the Game of Thrones was recorded. The tour itself will bring you back in time to educate you on the history, mythology and politics of the surrounding areas and its relevancy to our Game of Thrones experience!

Once we have met and collected your group(s). You will begin your journey to the North Antrim Coast of the country. A beautiful stretch of coast line that the Game of Thrones producers were able to take absolute advantage of for various different settings including the famous ‘Iron Islands’ and ‘The Kings Road’ too.

We begin at the Giants Causeway, you will have roughly just over an hour at the Causeway to take in and experience the great location and scenery that it’s placed upon. Your guide will share some Irish myths about the story of Finn McCool and the battle of the giants that created the Giants Causeway and will also give ample time for your own exploration of the fascinating rock formations such as the, The Wishing Chair, The Camel, The Giants Foot and the Cliff-Top Path.

Dunluce Castle is a medieval castle ruin that has been persevered and kept to display the history off the North Coast and the territorial war that happened between the 15th and 16th Century. The castle in itself has been documented to be in existence from the 13th century making it nearly 800 years old! To still be standing and preserved to experience and appreciate is a special feeling whilst on the grounds.

Your journey through the North continues to Larrybane where much has happened – Brienne of Tarth defeated Ser Loras of the Flowers and Littlefinger was keen to seek out Catelyn Stark. – Props may make an appearance somewhere around here….

We make our way on up the North Antrim Coast to Ballintoy Harbour or in the show known as – Iron Islands. The islands are bleak and harsh, ran by House Greyjoy of Pyke and is located of the west coast of Westeros. We stop off at the Islands where you will be immersed into the scenes, have time to explore and relive some of the harsh realities that occurred at the Islands…

The King’s Road, the longest and grandest highway of the Seven Kingdoms running from Castle Black at the wall all the way south to the capital City of the King’s Landing. In the series Yoren leads a group of recruits for the Night’s Watch, Arya Stark traveled amongst the recruits disguised. The Dark Hedge’s have their own Lady of the night known as “Grey Lady” a mythological character dating back to the creation of the Dark Hedge’s and rumor has it, Melisandre, has nothing on her. 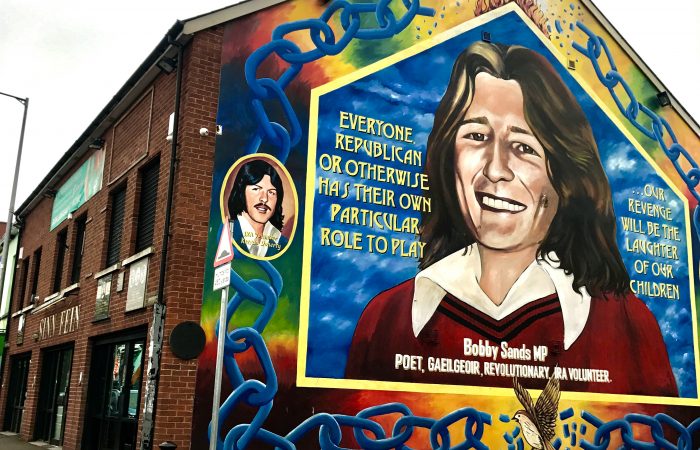